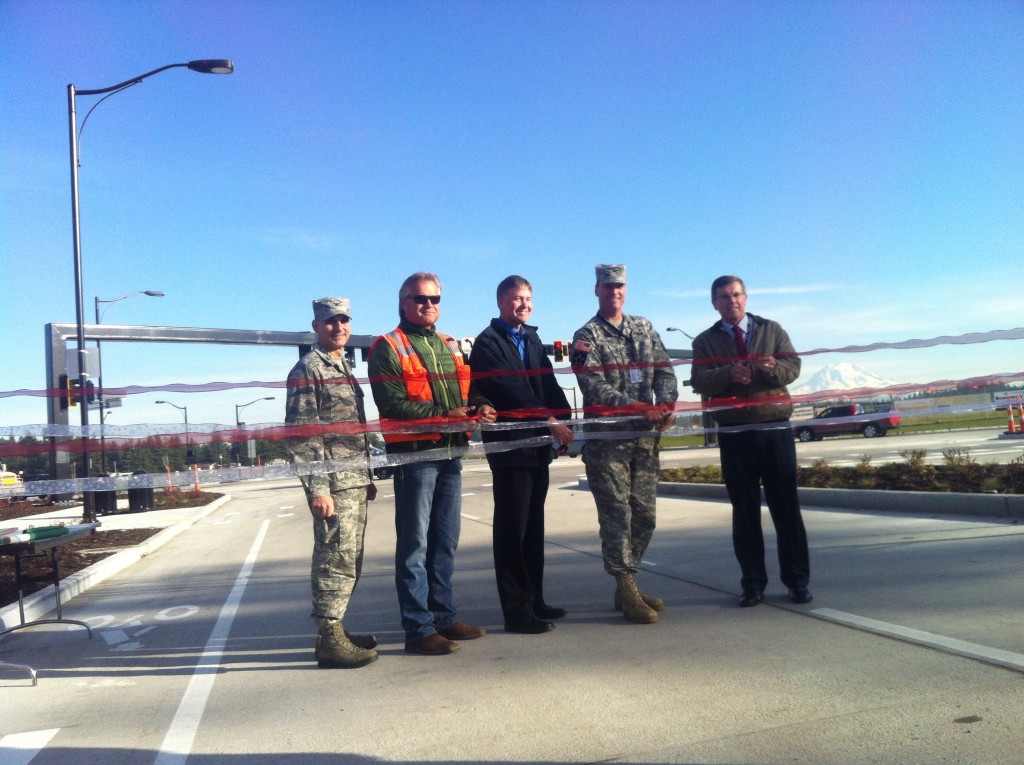 The Seattle and Tacoma Posts of the Society of American Military Engineers (SAME) have recognized Pendleton Avenue Multiway Boulevard with a Silver Award for Large Businesses. The award was announced at the 19th Annual Design Excellence Awards on October 16, 2015.  The judging criteria included the contribution the project made to improve the operating capabilities of the facility, the degree of complexity of the project, innovation incorporated into the project, cooperation between the federal agency and design team, and sustainability elements incorporated into the project.  We’re thrilled to receive this recognition of a project well-designed and well-built!